Free shipping in the U.S. Dismiss In 1960, Earl arrived in Venice, CA, in a ‘55 Chevy, along with his wife Jean and two kids, Andrea and April, determined to fully embrace the artist’s life. Soon to follow was their son, Dale, who was fittingly born in their art gallery. Earl’s singular talent allowed him to indelibly capture the unique essence of american culture in the 60’s and early 70’s. Earl began by producing silkscreened posters for local coffee houses and jazz clubs, and sold the epitome of “California cool” art. As Earl says, it was the right place at the right time. In 1972, he and his family moved to Summit, Oregon and sixty years later, he is still a self-employed artist. Now retired from silkscreen design and printing, Earl is focused on creating one-of-a-kind, original painted works. He would like to thank all the friends who have helped him along this path, and to thank Venice and Summit for being vibrant communities that strongly encourage the arts.

Through the medium of silk-screen, also known as serigraphy, Earl has been able to reproduce his designs in volume, usually 100 at a time. To Earl, it is like having 100 canvases on which to experiment, using different colors of papers and inks, varying the color blends as he goes along. Thus, no two prints are alike. As an artist, he’s been able to sell his artwork inexpensively, to broadly share his artwork with others. Unlike mass-produced machine prints, each silk-screen print is made step by step, each color a separate printing.

A Lifetime of Art

Earl’s work will be available for future generations to appreciate as well. The Smithsonian’s Division of Musical History in Washington, DC, has recently acquired a complete collection of Earl’s numbered & signed editions of Monterey Jazz Festival posters dating back to 1963. 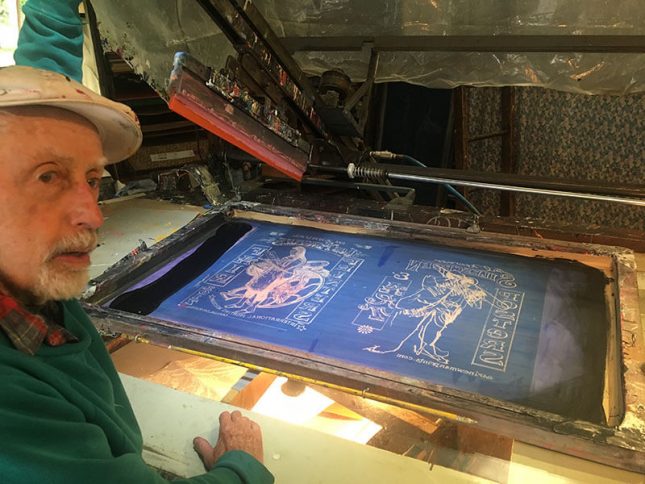 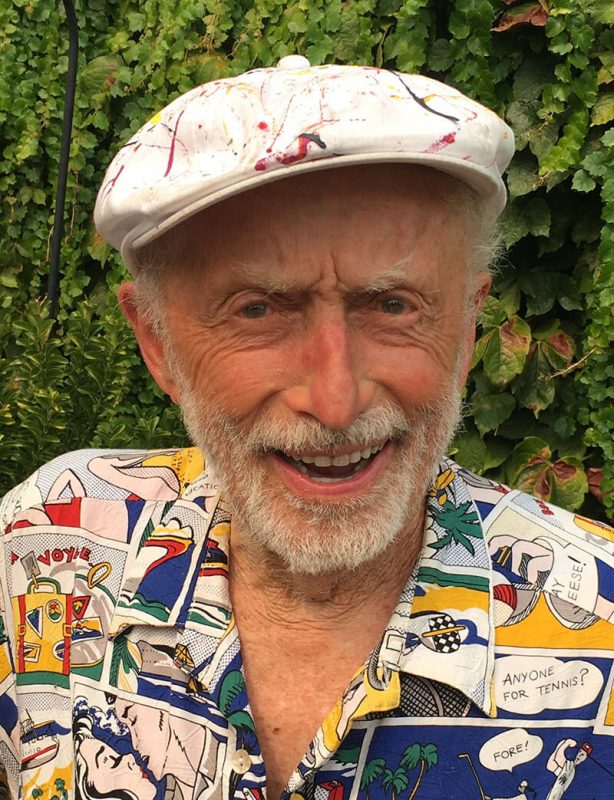 Inside Story: How Earl started doing posters for the Monterey Jazz Festival.

In the spring of 1963, Earl met the drummer Shelly Manne at the Del Mar Fairgrounds. Shelly had a race horse at the track and Earl had a booth selling Venice Coffee House and Jazz and Blues posters on the Midway. Shelly came over to Earl’s booth and bought a bunch of posters. He said, “Come to my club in Hollywood and do some posters for me.” Shelly wanted Earl to do an image of the front of his club, Shelly’s Manne-Hole, but Earl was more inspired by the views inside and from the alley behind the club..

Earl ended up making two designs from those sketches. The finished designs (Shelly’s Alley and Shelly’s Manne Hole) shown below and are available on this website.

While at the club that night, Earl also sketched Joe Gordon, the great trumpet player who happened to be on stage. Those sketches of Joe later led to Earl’s design of his first Monterey Jazz Festival poster in 1963 (above). Earl met Pat Willard that night at Shelly’s Manne-Hole. She said she was doing public relations for the Monterey Jazz Festival and that they had no poster artist. Earl offered to do something and told her, “You call MJF and tell them I’m coming.” Pat said she would. Earl then designed and printed 200 posters of Joe Gordon and brought them to the festival.

Earl arrived at the 1963 Monterey Jazz Festival with his wife, Jean, and his three little kids. They all slept in the parking lot in their 1955 Chevy station wagon. It was the Friday morning of the fifth year of the festival, and Earl went to the office with the posters. The secretary said, “We don’t know anything about this,” and Earl told her, “I want to speak to the manager.” Jimmy Lyons stuck his head out of the room, looked at the posters and said, “We’ll give you a booth space for 25%.”

Earl and his family went in, strung up a clothesline, hung up the posters, and away they went. They came back every year for 50 years afterwards. Earl always went to the festival, no matter what kind of car he was driving, or whatever was happening in his life. He would like to thank all the friends he made along the way, and to tell everyone that it’s been a true pleasure! 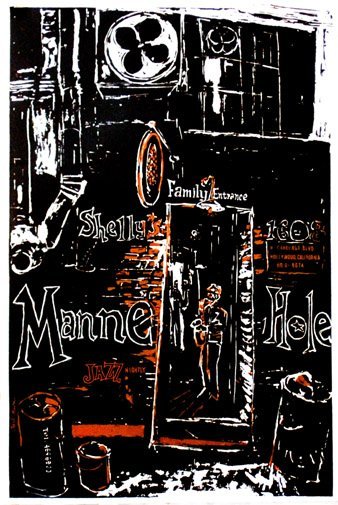 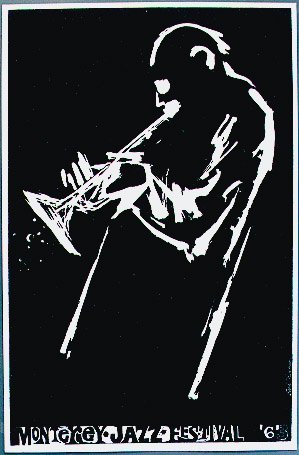